Atrial fibrillation treatment focuses on rate control, rhythm control, and stroke prevention. The goal of rhythm control is to keep the heart out of AFib and in a normal rhythm. Rhythm control can be accomplished with antiarrhythmic medications, DC cardioversion or ablation procedures.

Catheter ablation is a minimally invasive procedure that uses freezing (cryoablation), heat (radiofrequency ablation) or laser to create small areas of scar tissue on the inside of the heart. The scar tissue creates ‘roadblocks’ that interrupt the abnormal electrical pathways which cause atrial fibrillation.

However, there is increasing evidence supporting the importance of rhythm control. A recent study investigated rhythm control as a first-line treatment for people with early AFib, which was defined as atrial fibrillation diagnosed within the last 6 months. It found that patients who were treated with an early rhythm control strategy had fewer cardiovascular events, death from cardiovascular causes, and hospitalizations for heart failure or heart attacks.


How effective is cryoablation for AFib?

Cryoablation and radiofrequency ablation are equally effective for paroxysmal atrial fibrillation and have similar overall safety profiles. Fifty to eighty percent of people who have cryoablation remain AFib free one year after ablation. Amongst people who do have AFib recurrence after cryoablation, most have significantly fewer episodes. In fact, data shows that overall atrial fibrillation burden is up to 98% less after ablation.

What happens after cryoablation for atrial fibrillation?

Some people experience chest pain or shortness of breath during the first couple of weeks after cryoablation. This is usually because of the inflammation caused by the procedure and may be treated with anti-inflammatory medications.


If a person’s heart is in a normal rhythm three months after the cryoablation, some AFib medications may be stopped. Some electrophysiologists have their patients wear cardiac event monitors after the ablation to assess for recurrences of atrial fibrillation. This can be especially helpful because people are less likely to be symptomatic from AFib after an ablation.

Cryoablation is minimally invasive but there are risks associated with any invasive procedure. Important complications of catheter ablation include bleeding, developing a collection of fluid around the heart, stiffening of the pulmonary veins and phrenic nerve damage. Stroke is a rare adverse outcome after cryoablation.

How long does a cryoablation procedure last?

Is cryoablation for AFib better than medications?

There has been a lot of debate in the cardiac electrophysiology world over whether cryoablation has any benefit over medications. A recent study of people with symptomatic paroxysmal atrial fibrillation showed that cryoablation was more effective than antiarrhythmic medications in helping to maintain a normal rhythm.

Cryoablation for atrial fibrillation is a safe and effective treatment option. Increasing evidence supports its use early in the AFib process with or without prior trials of antiarrhythmic medications. As the technology continues to advance, minimally invasive cryoablation is helping an increasing number of people with AFib. 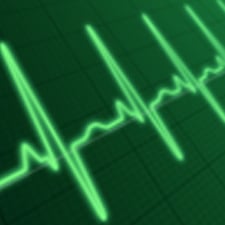 Are you currently suffering from Afib? Atrial Fibrillation is a common heart condition. Our free stroke risk calculator can estimate your risk of suffering a stroke and preventing it.